Why a lot of American Soldiers were in Afghanistan?

In 2001 a group of terrorists sequestrated four airplanes and two of them collided with the World Trade Center, destroying both towers and some buildings next to them. All the people in the airplane died, and a lot of people from the buildings. Another airplane crashed with the pentagon in Washington and the last one fell in a field in Pennsylvania.

Those terrorists were from the Al-Qaeda group, under Bin Laden’s leadership, a group of Islamic people that are radicals, but they are not from the Taliban force. Because of this attack, the USA decided to help train Afghanistan soldiers and bring the leader of Al-Qaeda to the international authorities (Police).

When the USA ask the Taliban to help capture these terrorists since they were controlling Afghanistan at the time, the Taliban chose to help Al-Qaeda. Then foreign forces Entered the country to help to organized the country and take out the Taliban from control.

The women in this period of the USA assistance could walk on the streets without the “burka” only covered the body and the head and hair with a veil. The girls could go to school or travel alone. Remember when your mom asks you to organize your room or your toys and she helps you to do so? Then the USA was helping the Government of Afghanistan to organize the policy and change some laws to bring a better future.

When the USA leave the country a few days ago, the Taliban took power again. The president from Afghanistan fled to another country, which makes the invasion of the Taliban in the Capital easier.

Afghanistan is an Islamic country and that is the guide for the laws, but under Taliban forces, it is taken to the extreme.

The Taliban, which refers to itself as the Islamic Emirate of Afghanistan, is a Deobandi Islamist religious-political and military group in Afghanistan, many international governments and organizations think they are terrorists.

Taliban make some all rules that are prohibitive are followed at all times, which is different from your mom. If the people don’t want to do what the Taliban is telling them to do, they use guns, jail, and other things to punish the people. The Alcoran is the guide for the laws for this group, but they use all the laws from this book. It is because of it that the laws are radical.

After the foreign Authorities leave the country, the people from Afganistan are afraid of the human rights that they achieved from the last 20 years. About the Taliban, we don’t know what they will do going forward. Maybe they will do things differently.

Taliban promised to not take away women’s right to go to school and study, but nobody knows what these radicals people can do. By the way, the people from the world are also afraid of the Taliban, because they are extremely faithful to their leader. But China is willing to work with them. 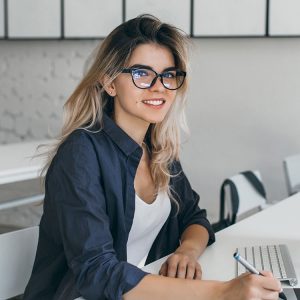